History of the School

Rivera Village is a government owned land which is under the administration of Civil Aeronautics Administration (CAA) with an estimated land area of about two and one half hectares. This place was formerly called Sitio Jardin, a name attributed to it because of different variety of plants, grasses and trees that once grew in the place.

In between 1960-1961, Capt. Vicente Rivera Jr. surveyed and inspected the whole CAA area, and spotted the place Sitio Jardin. He discovered that informal settlers were dwelling in the place so he decided to clear the area. His purpose was not only to get rid of the informal settlers but also to turn the place into residential area which will be leased to the legitimate CAA employees. Mr. Manuel S. Antoni, a regular CAA employee was the one who managed the transformation of Sitio Jardin into a residential area.

It was in 1963 when the CAA employees started to occupy the place and each of them were allotted as much as 200 square meters of land. It has been leased to the employees for twenty five (25) years. The informal Settlers who once occupied the place were given a portion of the land, which is now known as Carissa Street.

In 1965, a chapel has been built in the place. The chapel was later on converted into a classroom for Kindergarten and Grade One classes. The Homeowners Association headed by Mr. Dimagiba took charge of running the school.

The school started as a “Marcos Pre-Fab” which was built through the courtesy of Mayor Jovito O. Claudio, former mayor of Pasay City, with three Grade Levels which were Grade One to Grade Three only.

The first residents/homeowners once called the place Sitio Jardin, then it was also called Airport Village but later on it was called Rivera Village, named after the once CAA Director Captain Vicente Rivera Jr. who gave the residents the permission to occupy and live in the place. Until now that name is being recognized and even the school bears the name Rivera Village Elementary School.

The school, Rivera Village Elementary was named after Capt. Vicente Rivera Jr., director of CAA. He initiated the clearing of  the 2 1/2 hectares of land owned by the government under the Civil Aeronautics Administration. The place was formerly called Sitio Jardin because many plants grew in this place and was occupied by squatters.

His main objective of clearing the place was to get rid of squatters and to let the place become residential lots for legitimate employees of the CAA. It was leased to them for 25 years.

Rivera Village  Elementary School originated from a chapel which was converted into classrooms in 1965 for Kinder and grade one classes. It was run by the Homeowners Association headed by Tomas S. Dimagiba and later turned over to Nichols Air Base Elementary School.

The school was a “Marcos Pre-Fab” type courtesy of Mayor Jovito O. Claudio, mayor of Pasay, 1970. It had three grade levels, grade one to grade three. 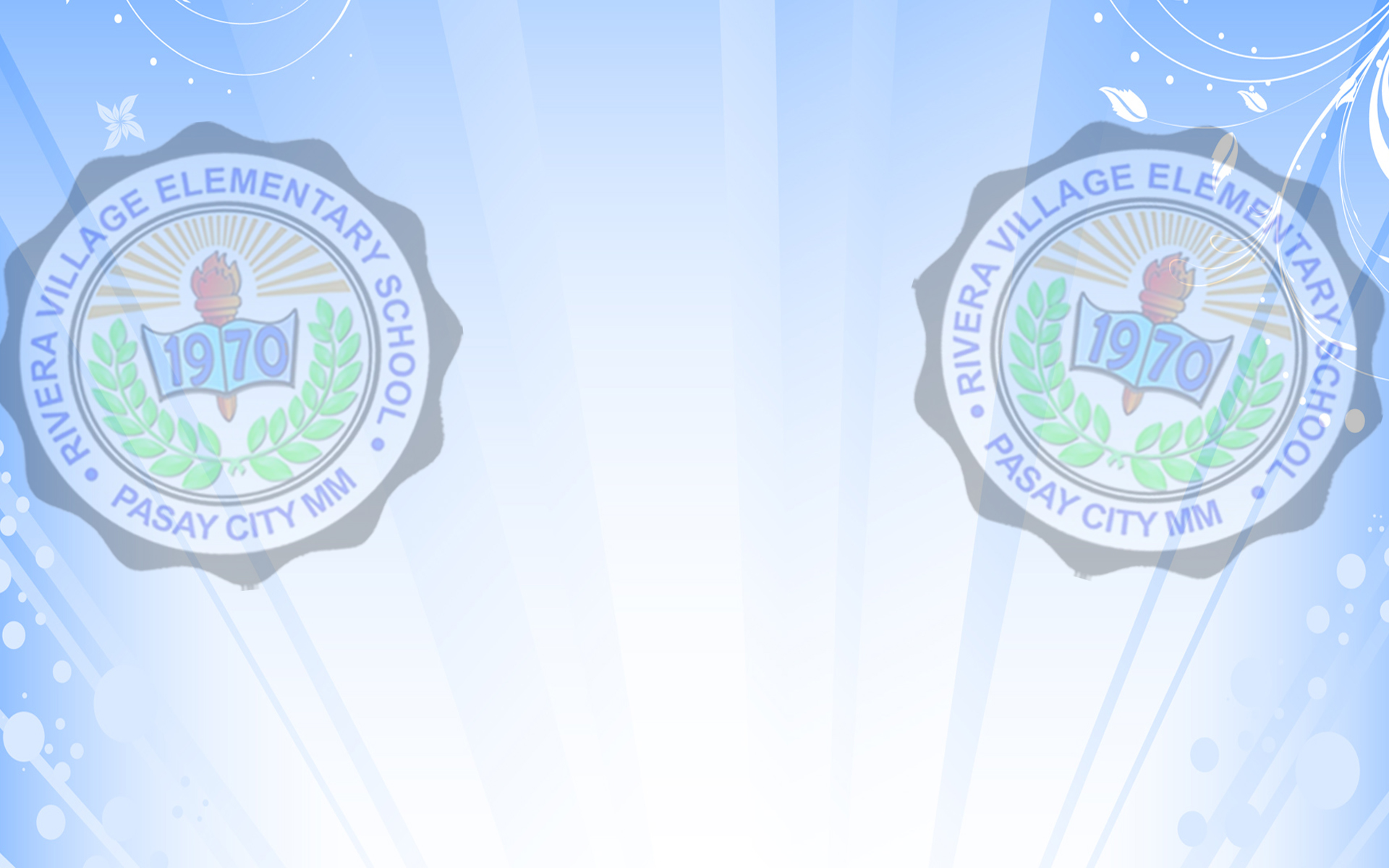